The year was 1643 and the English Civil War was raging with battles being fought by Royalists and Parliamentarian’s around the country. King Charles I was fighting to retail control while Parliament was doing it’s best to remove him from power. Citizens of Britain were called to fight for their chosen side and many lives were lost. Most towns throughout the land still bear the scars of this war and it has without doubt shaped the nation we live in this very day.

King Charles I needed loyal supporters in order to be able to continue resisting and there was one sure way for him to get this, money. Silver and gold coins and lots of them. All available silver was called in and melted down to be made in to coinage to pay his allies, supporters and troops.

Much of this wealth would have been concealed by it’s owners while the war raged, the safest way to do this was to bury it in the ground to then retrieve once the fighting had passed.

The Ewerby Hoard consists of some 1200 silver coins contained within a jug buried in rural Lincolnshire. As such, it is the largest hoard of its kind ever to be found in Lincolnshire and one of the largest in the country. Buried in a ceramic jug, it’s find spot was close to several known Civil War battle sites and it was not recovered by its unlucky owner.

During Autumn 2016 a metal detectorist was searching a field near the village of Ewerby when he received a signal only a few inches below the surface. Having found little in the area previously he was pleasantly surprised when the unmistakable glint of a silver coin caught his eye. Upon closer examination he identified the coin as a silver sixpence of Elizabeth I, pictured below.

He stored it safely and continued his searching. A few steps and another signal, then another and another!

Over the space of several days he recovered 1200 silver coins from the reigns of Henry VIII, Edward VI, Philip & Mary, Elizabeth I, James I and Charles I. His next step was to report his find to his local Portable Antiquities Scheme Officer who duly notified him that he had uncovered an important Civil War Hoard which would be classed as ‘Treasure’ under the Treasure Act 1996. The coins were catalogued, photographed and then offered to museums. Lincoln museum purchased 300 for their collection and the remainder were disclaimed and returned to the finder and landowner.

THE COINS IN DETAIL

Below is a breakdown of the contents of the hoard, the earlier coins of Henry VIII – James I had been in circulation for many years so are well worn through use whereas the latest coins struck under Charles I saw little circulation and are much as struck.

THE COINS IN DETAIL

Many of the coins in the hoard were shillings and sixpences struck during the reign of Charles I (1625-49AD). Here we take a closer look at these coins.

(Charles by the Grace of God King of Great Britain, France and Ireland)

Crowned profile bust of Charles I facing left, mark of value behind bust, legends clockwise between a beaded inner and outer circles, mint mark at 12 o’clock.

(I reign under the auspice of Christ)

Shield showing the arms of England laid over a cross moline, legends clockwise between a beaded inner and outer circles, mint mark at 12 o’clock.

OF LINCOLNSHIRE DURING THE CIVIL WAR

The parish of Ewerby was recorded as a Royalist stronghold during the Civil War with many local estates being fined afterwards for supporting the king. The area between Grantham and Boston was a zone of intense conflict between the Parliamentarians and the Royalists in the early years of the war, so we can think of the Ewerby hoard as being from the ‘front-line’.

During the first months of the English Civil War, Parliamentarians of the counties of Essex, Suffolk, Norfolk, Cambridgeshire and Hertfordshire banded together to form the Eastern Association. The region was predominantly Parliamentarian in sympathy but came under threat when a detachment from the Earl of Newcastle’s royalist army occupied Newark in Nottinghamshire on 18 December. Newark was of major strategic importance to the royalists and a centre for their operations in Charles I ‘Newark siege piece’ struck in 1646 the Midlands and on the east coast. In February 1643, Major-General Thomas Ballard led 6,000 Parliamentarians from the Midlands in an assault on Newark. After successfully driving the defenders from outlying garrisons, Ballard’s attack failed leading to suspicions that Ballard himself had colluded with the Royalists. Thereafter, Newark was extensively fortified, a mint set up to turn the town-folks precious metal in to coin (see below, left) and remained a major Royalist stronghold throughout the Civil War.

In March 1643, a large force of Royalists from Newark commanded by Sir Charles Cavendish and Sir John Henderson marched into Lincolnshire and captured the town of Grantham in a surprise attack. The Royalists did not garrison Grantham but marched on towards Boston.

Alarmed that Cavendish’s manoeuvres might herald a march south by the Earl of Newcastle’s northern army, Parliament ordered Lord Willoughby to make another attack on Newark. Willoughby joined forces with Colonel Cromwell of the Eastern Association and Captain Hotham with a contingent from Nottingham at Sleaford on  9 May. They advanced to Grantham on 11 May but remained there for a further two days, which gave Cavendish and Henderson time to prepare a counterstrike. In the early hours of 13 May, Cavendish made a surprise attack on Lord Willoughby’s troops quartered at the village of Belton, killing 70 and taking 40 prisoners. Later in the day, the Royalists made a second advance. After an exchange of musket fire, Oliver Cromwell, in his first independent action as a cavalry commander, led a charge that drove the Royalists from the field. Despite the Parliamentarian victory, however, the march on Newark was abandoned.

On 20 July 1643, Lord Willoughby captured Gainsborough in Lincolnshire for Parliament, thus disrupting the Earl of Newcastle’s communications with Newark and blocking the Royalist advance from Yorkshire that was expected after Newcastle’s victory at Adwalton Moor. Parliament’s Committee of Safety ordered Sir John Meldrum and Colonel Oliver Cromwell to reinforce Lord Willoughby, together with local troops. The combined Parliamentarian force comprised 20 troops of horse and four companies of dragoons. 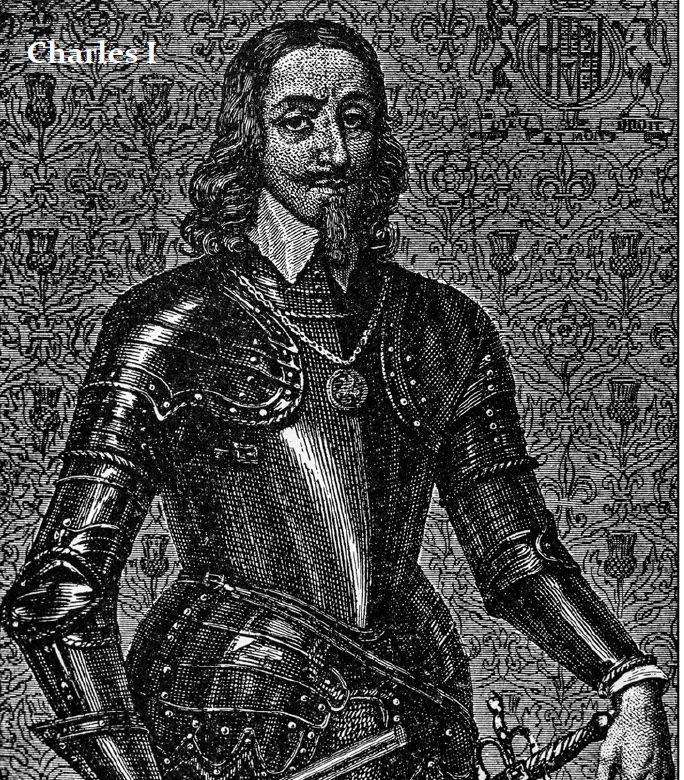 Later that day, as Meldrum and Cromwell supervised the reprovisioning of Gainsborough, news came of another Royalist force approaching from the north. The Parliamentarian commanders sallied out with their cavalry and 400 of Willoughby’s infantry. Two troops of Royalists were easily driven off, but on reaching the top of a nearby hill, the Parliamentarians were astonished to find themselves facing Newcastle’s main northern army, advancing to besiege Gainsborough.

The Parliamentarians were unable to hold out against Newcastle’s army. Lord Willoughby abandoned both Gainsborough and Lincoln and retreated to Boston.

The Earl of Newcastle captured Gainsborough and Lincoln in July and August 1643; he then abruptly halted his advance south and marched back into Yorkshire to attack Hull where the Fairfaxes were gaining strength. Around the time that Newcastle departed from Lincolnshire, Parliament appointed the Earl of Manchester commander of the Eastern Association, with orders to prevent any further Royalist advances towards London.

On 9 October, the Eastern Association army and Fairfax’s cavalry marched from Boston to besiege Bolingbroke Castle, one of the garrisons left by Lord Newcastle. Sporadic fighting broke out at Bolingbroke on 10 October but before the siege was properly under way, a cavalry skirmish at a Parliamentarian outpost near Horncastle gave warning of the approach of a Royalist relief column. The Royalist force, gathered from garrisons at Newark, Lincoln and Gainsborough, comprised about eighty troops of horse and dragoons under the command of Sir William Widdrington and Sir John Henderson.

The Earl of Manchester ordered an advance to meet the enemy, leaving a small detachment to maintain the blockade of Bolingbroke. The Parliamentarian cavalry, under the command of Colonel Cromwell, rode ahead of the infantry and met with the Royalists at the village of Winceby, about three miles west of Bolingbroke. Cromwell’s force consisted of around sixty troops of horse and dragoons; this appears smaller than the Royalists, but the Parliamentarian companies were fully manned, so the two forces were probably about equal in numbers.

The Royalists and Parliamentarians drew up on ridges facing one another across a small plain. The Parliamentarian horse were in three divisions commanded by Cromwell with Fairfax’s cavalry in reserve in the rear and Colonel Vermuyden’s dragoons as a forlorn hope in front. The Royalists drew up in a similar formation – a forlorn hope of dragoons in front, three cavalry divisions commanded by Sir John Henderson and Sir William Savile in the van, and further divisions in reserve.

The dragoons on both sides advanced, dismounted and opened an exchange of musket fire. Cromwell led his divisions at a trot down onto the plain.

As they advanced towards the enemy lines, the Royalist dragoons fired two volleys, the second at pointblank range. A shot from this volley killed Cromwell’s horse. Cromwell managed to rise to his feet, only to be knocked down again by Sir Ingram Hopton as the Royalist cavalry joined the mêleé. Hopton may have intended to take Cromwell prisoner, but was himself struck down and killed. Cromwell mounted another horse brought up by a trooper and re-joined the action. The charge by Cromwell’s disciplined Ironsides drove back the Royalist horse, causing confusion and disorder as they collided with the reserves. As the Royalists began to break, Sir Thomas Fairfax led the Parliamentarian second line in a devastating flank attack which completed the rout. Pursued relentlessly by the Parliamentarians, almost the entire Royalist force was killed or captured.

The battle of Winceby had lasted no more than half an hour. It was significant as the first military collaboration between Cromwell and Fairfax. Strategically, it led to the collapse of Royalist control of Lincolnshire and ended the threat of a southward march by the Earl of Newcastle’s northern army.

The coins are made of good quality silver so haven’t deteriorated as a result of their 350 years underground. However, there was some iron pan staining and minor damage consistent with being found on Lincolnshire farmland. Our conservation team have assessed and worked on each of the coins to ensure that they are presented to you in the best possible condition whilst being careful not to damage them in any way.

Here are a few before and after pictures to show you what we’ve done.

The Ewerby Hoard comes from a time and location in history which has shaped the country which we live in today, these coins give the private collector, history enthusiast or someone looking for a special gift the opportunity to own a real part of English history, to hold a coin in your hand and think of when it was minted, used and buried gives a great feeling of privilege.

Did this hoard pay for someone’s silence or was it concealed by an estate owner claiming poverty to avoid a fine; why wasn’t it recovered? These facts are consigned to the depths of time but thanks to one eager enthusiast with his metal detector the coins are not. Instead they are here for us to handle and enjoy today.

Thanks must go to the finder for bringing this wonderful treasure to light and to everyone else who has contributed to making them available to us today.